The United States has an economy-wide 2050 net-zero target, and meeting this goal will require large amounts of renewable and low-carbon energy resources and negative emissions technologies. The U.S.’s current energy system relies heavily on natural gas as a major fuel for multiple end-uses including electricity generation, industrial processes, and heating. Transitioning our gas system from conventional fossil-derived fuels to include more lower-carbon and renewable fuels in the gas mix will be necessary to meet our emissions targets. In a study from the American Gas Association and ICF, the pathway to a net-zero emissions gas system by 2050 will require up to 59% of emissions reductions to come from a clean fuel supply. Combined heat and power (CHP) can be coupled with these fuels to reduce emissions even further. 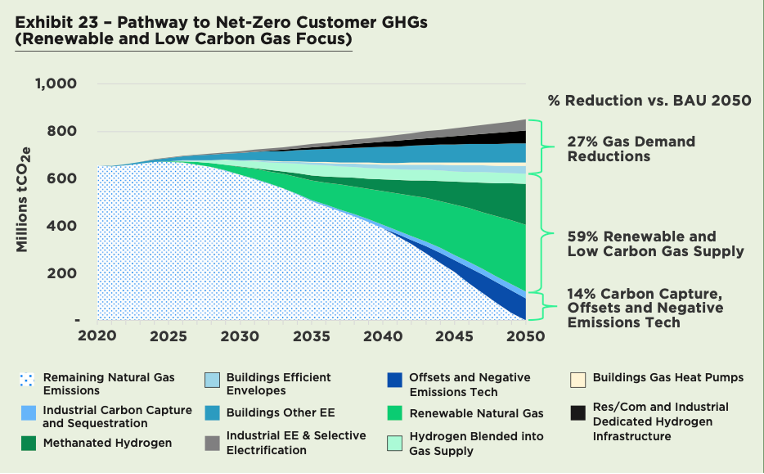 CHP is a proven technology for utilizing fuels efficiently, requiring fewer fuel inputs for the same energy outputs in comparison with other generation units. CHP is well suited for commercial applications at hospitals, military bases, and hotels where hot water demand is high, as well as institutions, such as colleges and schools, and residential and recreational facilities. Historically, CHP systems have run on traditional fossil fuels, but there is growing interest and opportunity to transition to renewable and lower-carbon fuels, known as “CHP 2.0.” CHP systems today already make use of lower-carbon fuels such as biogas, renewable natural gas (RNG), and hydrogen, reducing emissions even further.

Biogas is a renewable gas formed by anaerobic digestion (AD) of a wide range of organic materials such as food waste, sewage, and agricultural materials. Biogas is used as a fuel for electricity production has the potential to meet 16-22% of the world’s energy consumption and reduce current GHG emissions by 13% (up to 4,360 Mt CO2 eq.) through renewable generation and avoided emissions management.

RNG, also known as biomethane, is a sustainable fuel that is created by purifying biogas via biogas upgraders to remove any non-methane elements, such as carbon dioxide. RNG is almost indistinguishable from conventional natural gas and is suitable for many applications, including CHP, that require pipeline-quality gas. Under robust climate change policies, the IEA predicts that the demand for biogas and biomethane for power and heat will increase ten-fold by 2030. 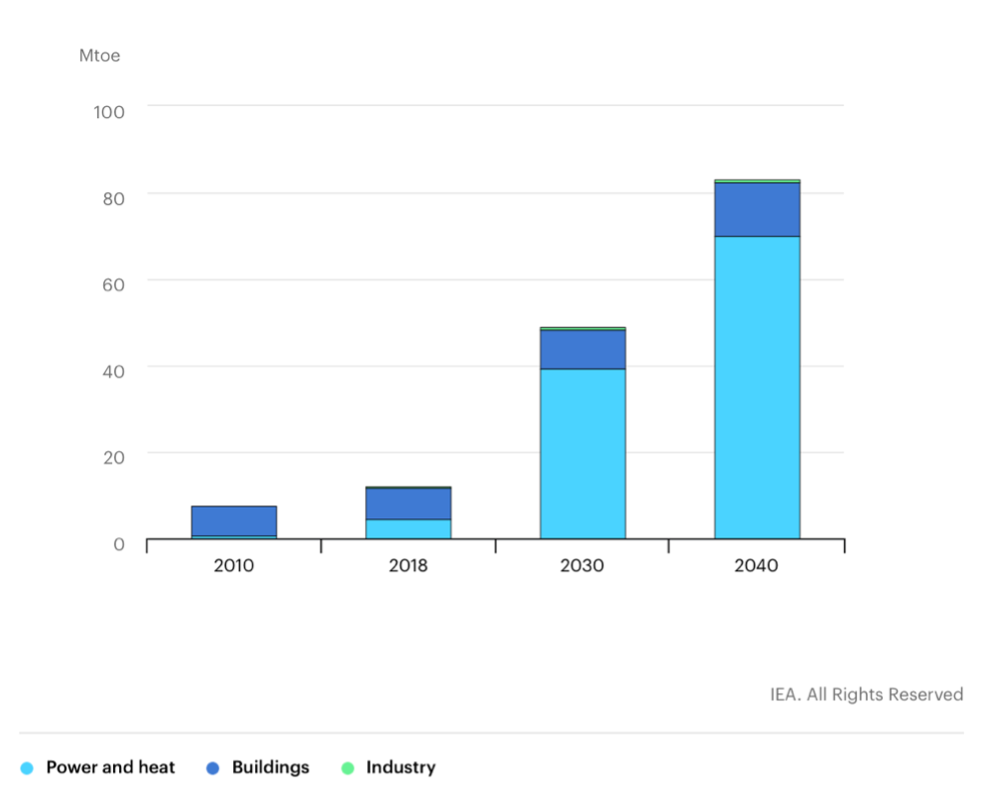 Hydrogen is another popular clean fuel with growing demand. It can be extracted from fossil fuels and biomass, from water, or from a mix of both. Although natural gas is currently the primary source of hydrogen production today, there are opportunities to develop and use cleaner forms of hydrogen, such as green hydrogen. Green hydrogen is produced through an electrolysis processes powered by renewable electricity. While further research and analysis of hydrogen’s compatibility with the current gas system is needed, hydrogen has the potential to help decarbonize our nation’s gas system. According to CHP equipment manufacturers, CHP systems today can already run on 20-100% of clean hydrogen fuel.

Blending cleaner fuels into the gas system can reduce carbon dioxide emissions. Some U.S. states are already moving toward requiring renewable fuel blends in the gas source. California set a target for gas utilities that requires them to replace 12.2% (72.8 Bcf/year) of the traditional gas delivered to residential and commercial customers with RNG by 2030.

In a future with a greater frequency of extreme weather events and large-scale power outages, gas will remain an invaluable resource for meeting energy demand and improving resilience in emergencies. CHP enhances resiliency and can keep critical infrastructure facilities operational regardless of external events. Low-carbon and renewable fuels can also serve CHP systems that need to quickly ramp up power generation in an emergency.

Challenges remain with the transportation, availability, and storage of these cleaner fuels. Existing gas infrastructure, including gas storage and pipeline distribution infrastructure, can serve as an important resource to deliver clean fuels at a lower cost, allowing them to become more competitively available. More policies are needed to drive investment in the production of low-carbon fuels and fund research on the distribution of these fuels, especially for the developing clean hydrogen market. Policymakers should also ensure that these fuels are used as efficiently as possible by incentivizing the deployment of CHP systems. To meet the emissions reductions necessary to address climate change, we’ll need to accelerate the rollout of these technologies and pair them with more CHP.

Learn more about CHP’s role in the future power grid by viewing our white paper, CHP and the Clean Energy Future: How CHP Fits into a Modern Electric Grid and a Green Gas System.

Read about clean hydrogen and CHP in our latest paper, “Clean Hydrogen and Combined Heat and Power: A Roadmap for Industrial and Commercial Decarbonization.”

Stay updated about future CHP Alliance events by clicking here to be added to our mailing list.