By Bradford Weir, intern, in collaboration with Jennifer Kefer, Vice President of David Gardiner and Associates and Executive Director of the Alliance for Industrial Efficiency

On May 23rd, the Trump administration released its revised budget for fiscal year 2018, building on its “skinny budget” released two months prior. The budget proposal, titled “A New Foundation for American Greatness,” seemingly misses the mark of its name by cutting energy efficiency programs across multiple departments. Energy efficiency is an important tool to make American manufacturing stronger and more competitive by creating jobs, reducing carbon emissions, and minimizing operating costs.

The budget proposes to cut EPA funding by 31%. The cut eliminates 3,200 jobs and 50 programs, including voluntary programs like Energy Star and EPA’s Combined Heat and Power Partnership (“CHP Partnership” or “CHPP”). The Administration has claimed that it supports voluntary compliance, so the proposal to cut voluntary programs runs contrary to their stated preference.

We are particularly concerned about proposed cuts to the CHP Partnership. CHPP seeks to increase the efficiency of energy production by promoting CHP systems that produce both heat and electricity from a single fuel source. According to the Department of Energy (DOE), America currently has the potential to produce nearly 150 gigawatts of clean and efficient power from CHP – that’s the equivalent to 300 conventional power plants. Analysis by the Alliance for Industrial Efficiency found that deploying even a fraction of these projects could save U.S. businesses $141 billion in avoided energy costs by 2030. The CHP Partnership has strong support from the business community. In fact, earlier this month, more than 100 businesses joined together in a letter urging EPA and Congress to retain funding for this valuable voluntary program. The Alliance, along with these businesses, is trying to expand markets for CHP by supporting smart energy legislation and reducing financial and regulatory barriers for CHP deployment.

The Department of Energy would be similarly slashed under the budget proposal. DOE’s Office of Energy Efficiency and Renewable Energy (EERE) would see a 70% decrease in funding, while the Advanced Research Projects Agency-Energy (ARPA-E) would experience a 93% decrease with the ultimate goal of phasing out the program entirely by the end of the fiscal year. The EERE oversees efficiency standards for buildings and appliances and supports research in solar, wind, geothermal, and other clean energy technologies. DOE also runs a network of Technical Assistance Partnerships (TAPs) within EERE that help with the deployment of CHP by conducting site assessments and providing support to potential hosts. The Advanced Manufacturing Office, which houses the TAPs, would be cut 69% under the proposal. Slashing EERE’s budget would significantly reduce the DOE’s capacity to provide technical support for both existing and potential CHP.

The American Council for an Energy-Efficient Economy and Sen. Maria Cantwell (D-Wash.), ranking member on the Energy and Natural Resource Committee, have both described the proposed cuts as “draconian.” The initial reaction from Congress suggests that the Administration’s proposed budget will not pass as it is, as there is bipartisan concern about many of the cuts that President Trump seeks to make. Rep. Mike Simpson (R-Idaho), chairman of the House Energy and Water Appropriations Committee, conveyed skepticism about the proposed DOE cuts. Sen. Lindsey Graham (R-S.C.) declared the DOE budget proposal “dead on arrival.” These policymakers recognize that U.S. manufacturers will be better equipped to compete in global markets when they invest in efficiency.

“For all the talk about increasing U.S. jobs, the president’s budget takes a meat cleaver to the largest job creator in the energy sector: energy efficiency,” ACEEE Executive Director Steven Nadel said in a statement. “It seeks crippling cuts to federal programs that transform waste into wealth and help support 2.2 million energy efficiency jobs.” 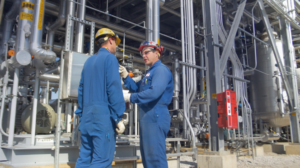 President Trump’s administration missed an opportunity to make American manufacturing great by failing to recognize the importance of energy efficiency in advancing its priorities.

The full budget proposal can be found here, while detailed agency reports from EPA and DOE on the effects of the proposed budget on their respective departments are available here (EPA) and here (DOE).